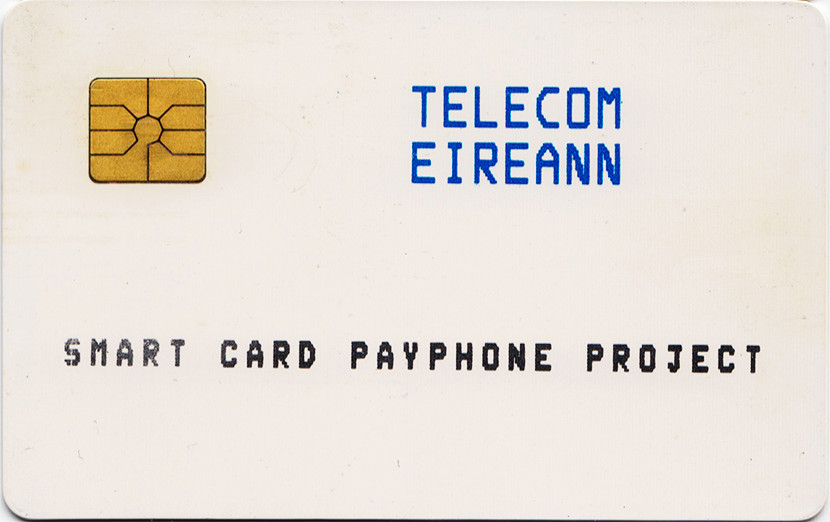 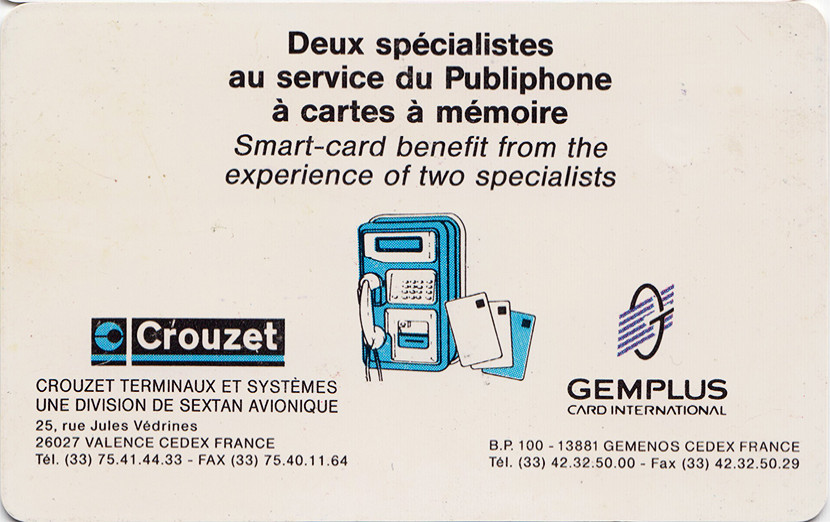 The Demo 2 Callcard was released to cardphone engineers prior to Telecom Eireanns widespread cardphone rollout in the late 1980's, early 1990's. This particular callcard features the Gemplus chipset (unlike the Demo 1 Callcard which features the Schlumberger chipset).

This particular callcard was encoded with 120 units. It also features the AFNOR chipset positioning. A shared feature with the Demo 1 Callcard.

This callcard includes the old style Telecom Eireann logo (without any graphic) and is titled "SMART CARD PAYPHONE PROJECT".

This callcard was produced by Gemplus with assistance from Crouzet.

This card is considered more common compared to the Demo 1 and 3 Callcards, with Tintori valuing the Callcard at £350 punts in the 1999 edition of his catalogue. No value for Demo 1 or 3 were ever provided.